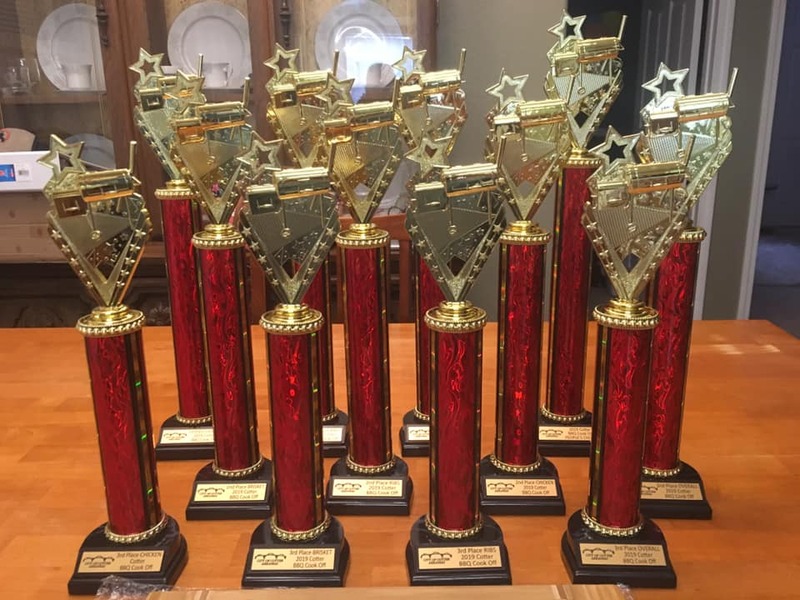 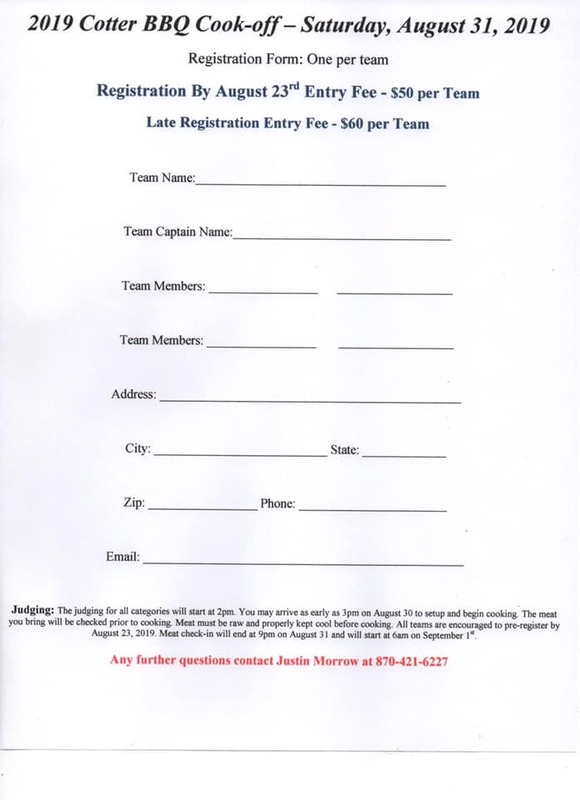 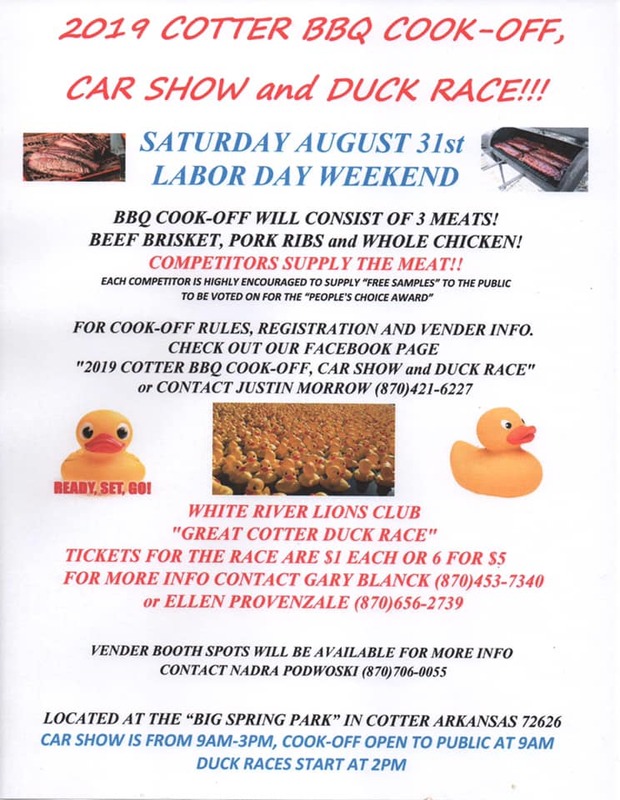 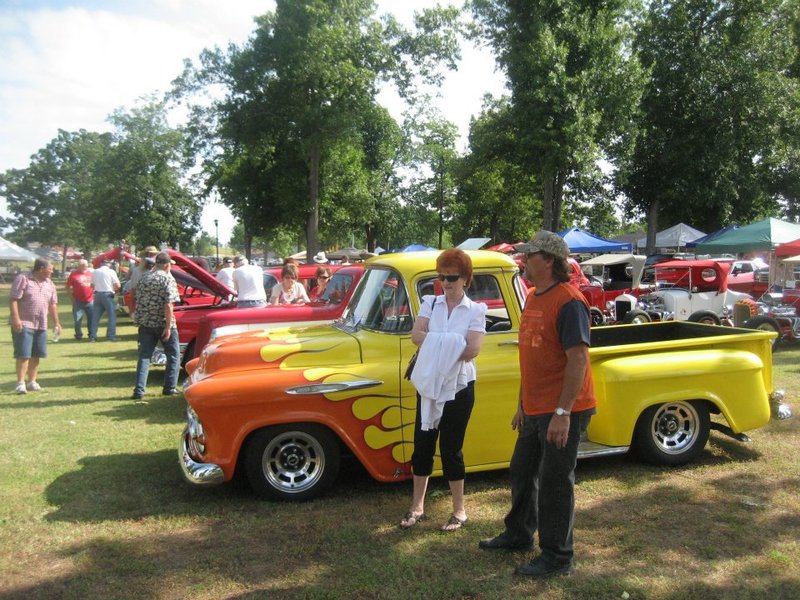 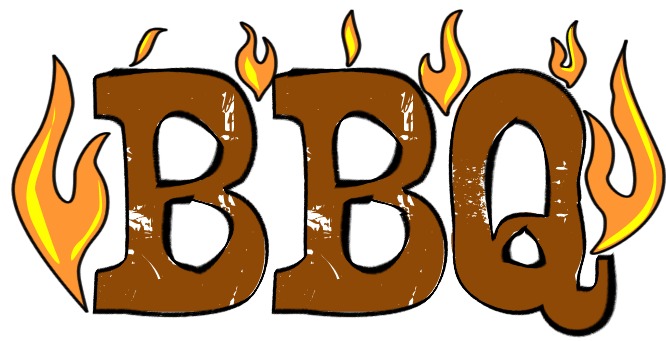 COTTER — The Cook-Off, Car Show and Duck Race is an annual event on the Saturday of Labor Day weekend.

Vender booths will be available and food venders will also be there. The Lions Club is bringing back the

“Great Cotter Duck Race” this year as well. Will also have the car show under the Historic Rainbow Bridge!!

“We already have some area events like chili cook-offs, and this will be a similar event,” event organizer

Justin Morrow said. “I love barbecue, so I figured why not have a barbecue cook-off here in Cotter.”

Judges will crown a grand champion as well as first-place winners in the categories of beef brisket,

pork ribs and whole chicken. Each entrant is encouraged to provide samples for the public to taste,

and donations will also be accepted to name a people’s choice winner.

Saturday’s events also include a 10 a.m. dedication ceremony at the park’s baseball field, which is being

The event’s car show will open to the public at 9 a.m. and run until 3 p.m. and include door prizes

and a 50-50 drawing. Automobiles on display will be parked closer to the White River than at previous

car shows, which usually housed the cars at the ballpark.

“We’re hoping to get a nice breeze off the water,” Morrow said. “Hopefully that will help with the temperature.”

Saturday’s forecast calls for plenty of sunshine, Barbecue fans hoping to beat the

heat can always take a dip in Big Spring, the park’s namesake, to cool off.

“would be sitting empty.” Late September in the park used to mean Bridge Bash,

the marquee event of the Food Bank of North Central Arkansas, but that fundraiser is being held on the

Morrow said a few barbecue teams had signed up for the event, and others have made a verbal

commitment to compete, but had not completed all of the entrance paperwork yet.

“I would like to have about 10 teams,” he said. “The contest is really open to anyone that wants to compete,

all the way from restaurants and catering companies to backyard barbecue chefs.”

Entrance fee for the barbecue cook-off is $30 per team. Each team will provide their own meat, which will be

checked by officials prior to cooking. Teams may set up and begin cooking as early as 3 p.m. Friday afternoon.

Judging for all categories will begin at 2 p.m. Saturday, with the winners announced at 4 p.m.